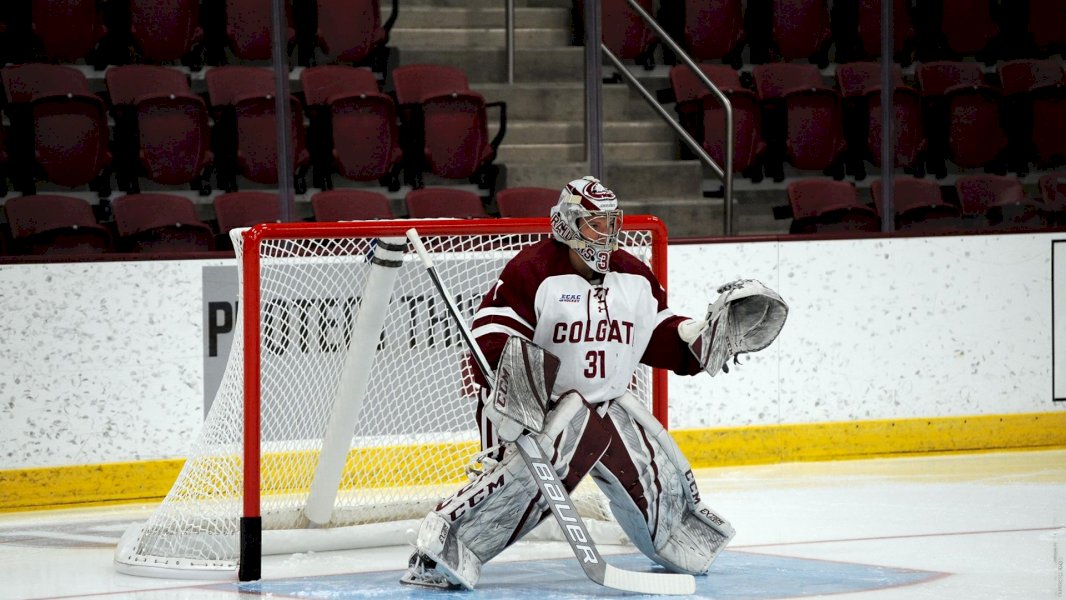 HAMILTON, N.Y.— Two late goals from No. 10 Clarkson gave the Golden Knights the upper hand as they defeated No. 7/8 Colgate 3-1 at the Class of 1965 Arena on Tuesday.

Colgate held a 14-12 advantage in shots after the first period but neither team was able to get on the scoreboard.

The Golden Knights had one power-play chance in the period that came at the 16:58 mark when Allyson Simpson was sent to the box for hooking. Clarkson put on some heavy pressure during the power play but the Raiders held strong and kept the visitors scoreless thanks to some big saves from Kayle Osborne who made 12 stops in the period.

The sophomore had 27 saves total on the night.

In the second, the game remained scoreless despite the Raiders having two power-play opportunities. Clarkson also had a power play chance of its own with just over seven and a half minutes remaining but Colgate was once again successful in killing it off.

It took until the end of the third period for the score to finally break open. Gabrielle Davis put one past Osborne with just under seven minutes to go to put the Golden Knights up 1-0.

The Raiders did not go down without a fight. With just under four minutes remaining, Kalty Kaltounkova found a loose puck in front of the net and put it in to cut the lead back to one at 2-1. Simpson and Malia Schneider had assists on the goal.

Colgate then had some good opportunities to equalize but could not quite finish off its chances.

Anne Cherkowski sealed the game for the Golden Knights when she scored an empty netter with 1:18 remaining.

The Raiders ended the game with a 34-30 advantage in shots and also had control in the faceoff circle going 29-47.

Colgate hosts No. 6 Harvard at 2 p.m. on Friday before heading to Cornell for a 2 p.m. game on Sunday.