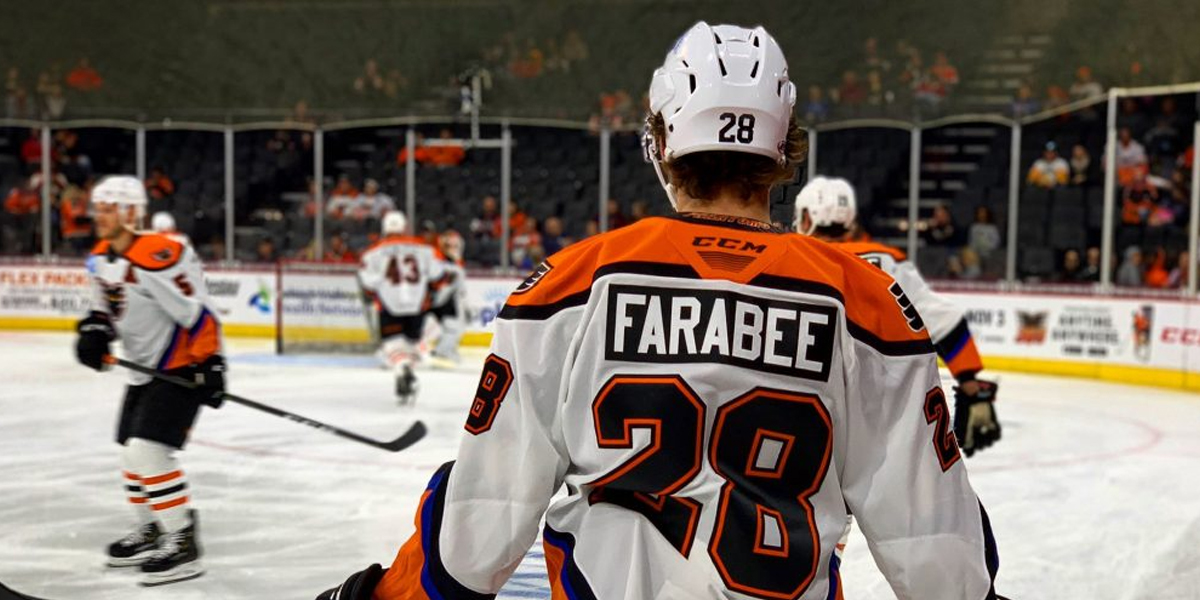 After being the last forward cut from the Philadelphia Flyers training camp in early October, Joel Farbaee has now been recalled from Lehigh Valley. The Cicero, NY native was the 14th overall pick in the 2018 NHL Entry Draft.

In four games with Lehigh Valley so far this season Farabaee has recorded 3 goals and 1 assist, including this beauty for his first professional goal back on October 11, 2019.

Farabee spent last year at Boston University where he tallied 17 goals and 19 assists in 37 games. He was named to the NCAA Hockey East All-Rookie Team, chosen as NCAA Hockey East Rookie of the Year, and was also awarded the Tim Taylor Award as NCAA Top Collegiate Rookie.

Prior to that he spent three seasons in the United States National Team Development Program. During that time he won a Gold Medal at the 18U World Junior Classic in 2016, a silver medal in 2017, and another silver medal in 2018 at the 20U WJC.