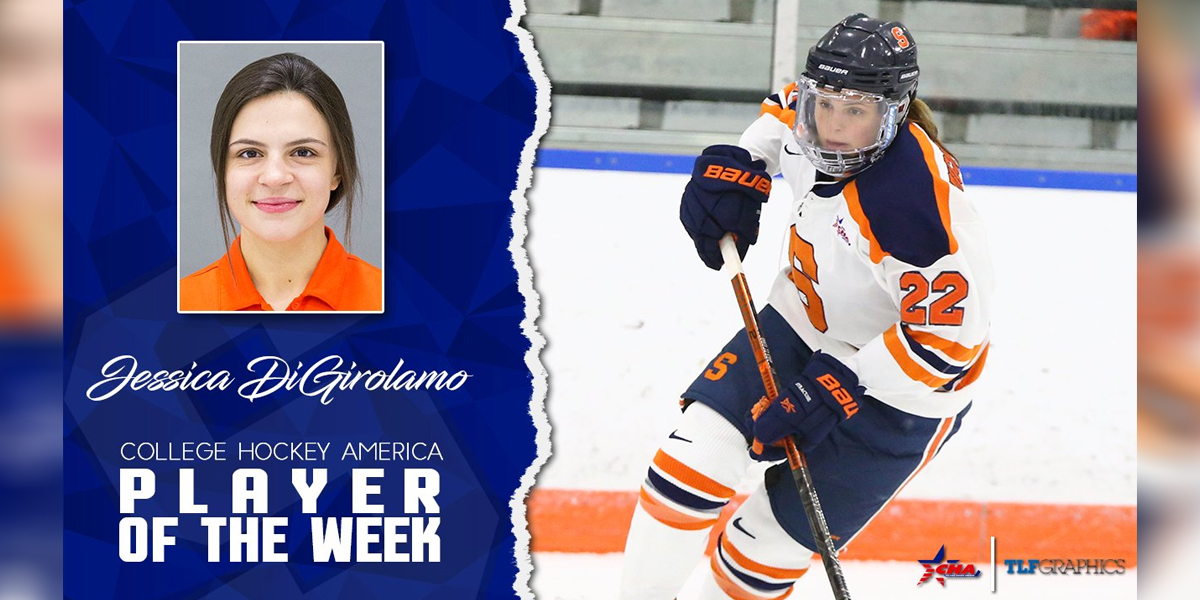 College Hockey America has named Syracuse University Junior defender Jessica DiGirolamo Player of the Week. She recorded one goal and two assists over the weekend in a 4-3 loss to Boston College.

The three points were the first of the season for the Mississauga, Ontario native. DiGirolamo was named to the CHA All-Rookie Team in her freshman year after leading all first years in assists.

The Orange host Northeastern this weekend for a pair of games during Alumni Weekend.