CHA Honors For A Trio of Orange – Syracuse University Athletics 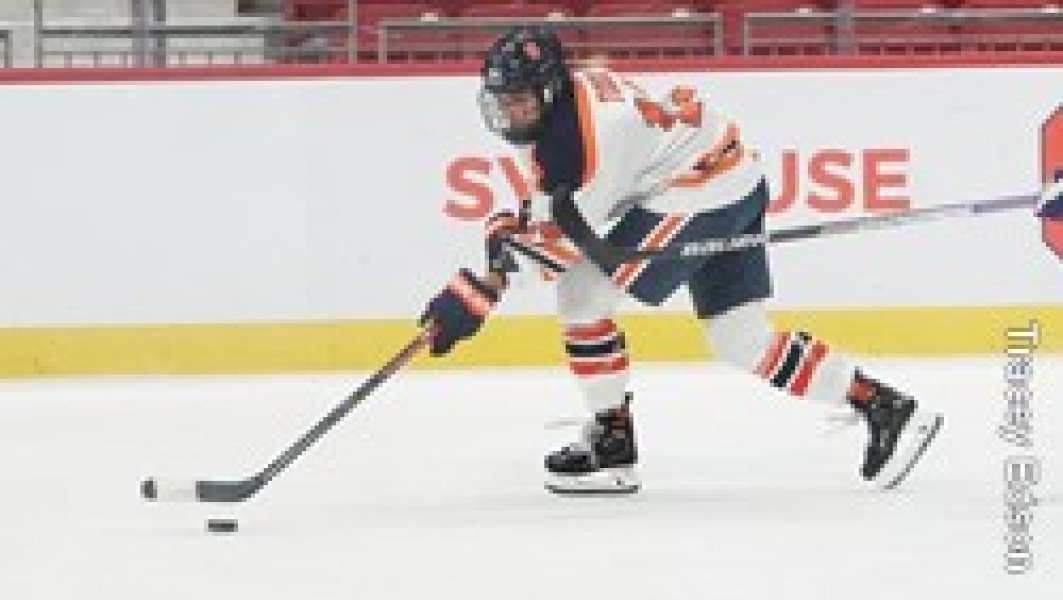 Orange defenseman Mae Batherson, goaltender Arielle DeSmet and forward Mik Todd are College Hockey America Award winners for their effort at the Ice Breaker Tournament in Lake Placid. The honors are the first for each player this season. The Orange took third place at the tournament by winning a shootout against Holy Cross after a 3-3 overtime tie. Syracuse lost to #11 Clarkson in the opening round.

A senior alternate captain, Batherson had two assists and three blocks during the tournament, playing 25 minutes per game. The New Minas Nova Scotia native is tied for the team lead with five assists this season and has nine blocks. The honor is the second of the season for Batherson, who was recognized after Syracuse’s series at Merrimack.

DeSmet recorded 70 saves in two game and saved the final two shootout attempts by Holy Cross. She closed the shootout sending Casey Borgiel’s final Crusader shootout attempt to the right of the goal. The Charlotte, Vt. native moved into second place on Syracuse’s career saves record list. She has 1,679 in 67 games, trailing only Kallie Billadeau, who had 2,161 in 81 games from 2010 through 2014.

Todd, who played on the Syracuse top line for the first time in her career at the Ice Breaker Tournament, scored her first collegiate points against Holy Cross, tallying the first goal of the game on a power play and assisting on the third Orange score. The Oshawa, Ontario native also had one block.

Arielle DeSmet         Goaltender of the Week