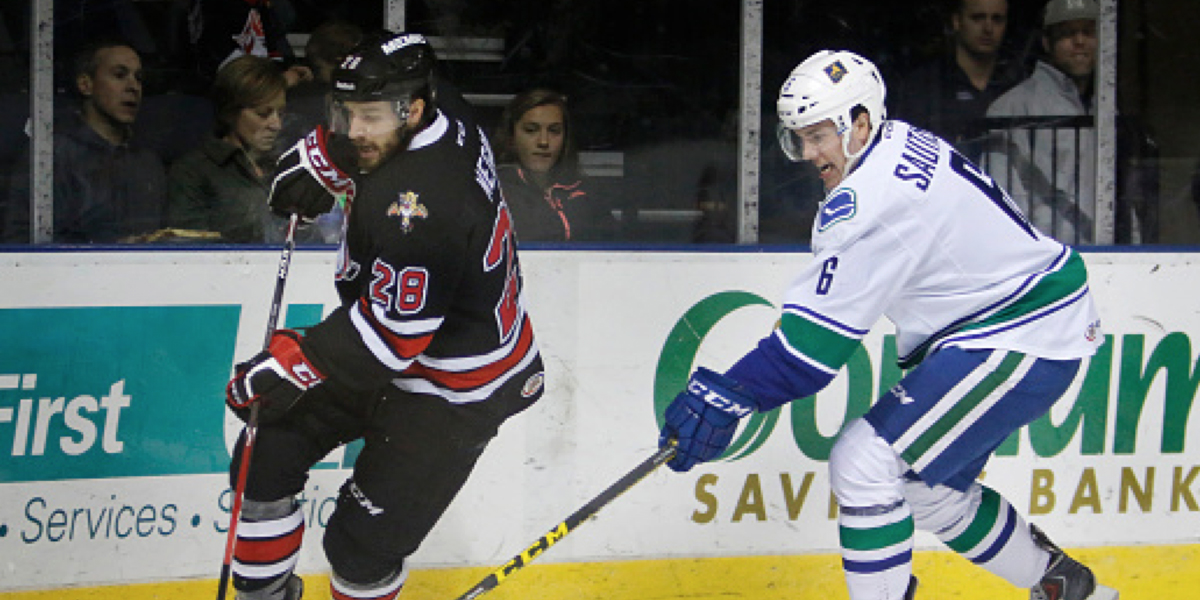 One day ahead of the Utica Comets home opener, Vancouver has recalled defenseman Ashton Sautner. The 25 year old Flaxcombe, Saskatchewan native recorded an assist in two games so far this season with the Comets.

Sautner has recorded 38 points over 191 career games through four seasons in Utica. He has also appeared in a total of 22 NHL games with the Canucks, recording 3 assists.