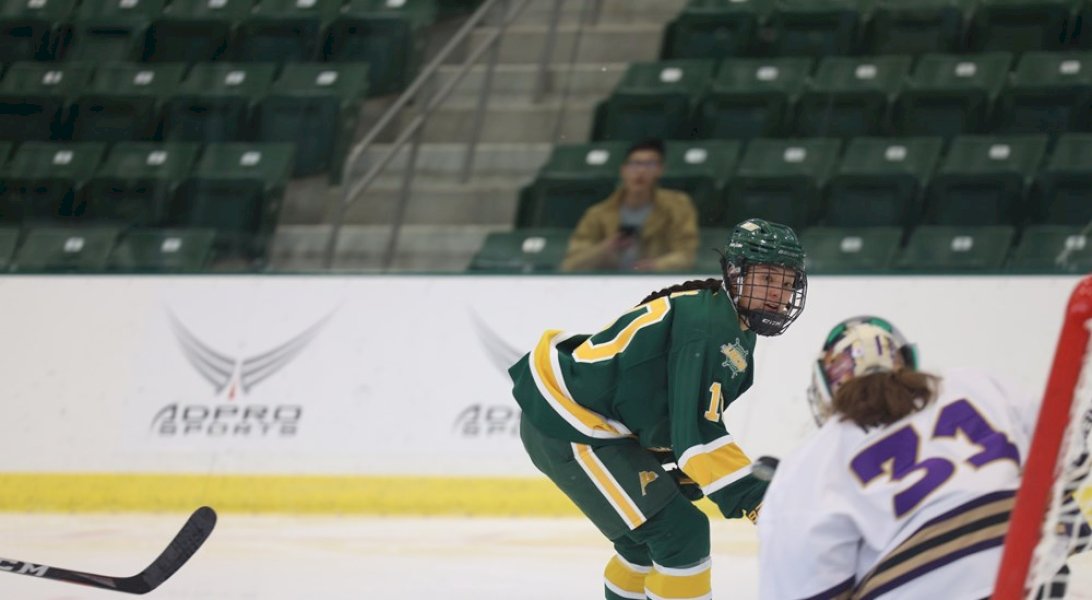 OSWEGO, N.Y.  –  The Oswego State Women’s Hockey team took on the Bulldogs at home this evening to open up the regular season. The Lakers fell by a score of 4-1 as the Bulldog’s defense stood strong.

The Lakers struggled to get any offense going in the first period against the defense of the Bulldogs.

Kayleigh Cadorette would drag the puck around the back of the goal and sneak it in behind Lexi Levy, giving the Bulldogs a 1-0 lead on Oswego. This goal came in at 10:08, assisted by Jocelin Hudanish.

The Lakers managed to get a few shots past the Bulldogs defense, not finding any success in the first period.

Adrian would get another shot past Levy, giving them a 2-0 lead with just over 30 seconds left in the first.

Adrian would win the shot margin by a 15:8 ratio in the first. Levy would finish with 13 saves in the first period of play.

An interference penalty 6:19 into the second period on Emma Corbett gave Oswego their first power play of the evening. The Lakers were unable to capitalize on the power play.

At 11:53, Oswego received a penalty shot which Kaylen Taddia would take. Taddia would score the first goal of the evening for Oswego, hitting the top right post, bouncing the puck in.

The Bulldogs kept the pressure on Oswego, scoring their third goal with under 3 minutes remaining in the period.

Levy would add 10 more saves in the  second period.

There would be little action in the third aside from the final goal of the night scored by Adrian.

At 17:31, Adrian would hit the top right post, with the puck bouncing to the left, sliding into the goal, giving Adrian a 4-1 lead.

Lexi Levy would finish with 26 saves on the night.

The Lakers will host the Bulldogs again tomorrow afternoon at 3pm. Come out and support your Lakers for out ovarian cancer awareness game, don’t forget to wear teal!

#3 Pioneers Fall In OT In Epic Clash At #1 Adrian