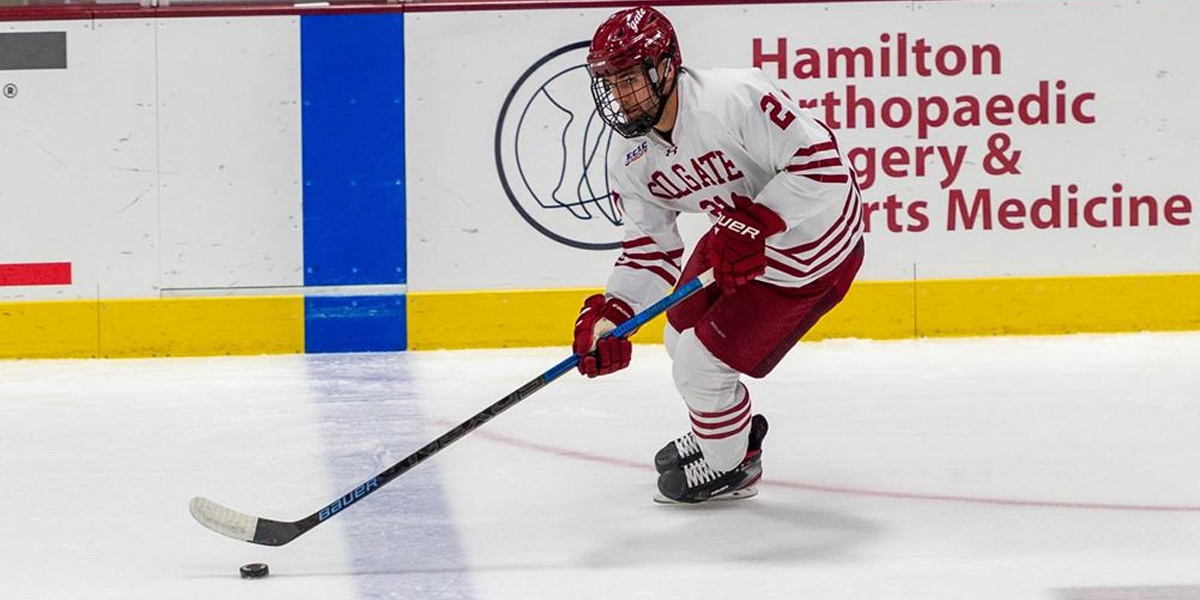 Brown scored three second period goals en route to a 4-1 victory over Colgate Saturday at the Class of 1965 Arena. Despite firing a season-high 23 shots on goal in the opening frame Colgate wasn’t able to capitalize and the first period ended in a 0-0 draw.

Colgate had a few chances early in the second as the puck clanged off the post a couple times. Unfortunately, it was Brown who lit the lamp first. Brown scored goals at 11:45, 16:16, and 17:13 of the period The scoring barrage ended the night for Mitch Benson. He finished with 12 saves on 15 shots and was replaced by Andrew Farrier.

The Raiders finally got on the board at 4:24 of the third. Bobby McMann forced a turn over at the Brown blue line before Tyler Penner picked up the loose puck and skated into the zone all alone. Penner went forehand to backhand and stuffed the puck into the gaping net.

The Raiders reach the board behind Penner's first of the year! #PlayFast pic.twitter.com/Jx4RzSEji9

Colgate called a timeout and decided to pull Farrier for the extra attacker. Unfortunately, a Brown player blocked a shot and skated the puck all the way down the ice and deposited it into the empty net sealing the 4-1 victory. Farrier stopped all 9 shots he faced in 22:19 of action.

The Raiders will travel north next weekend for a pair of ECAC games against St. Lawrence (7pm Friday) and Clarkson (7pm Saturday).