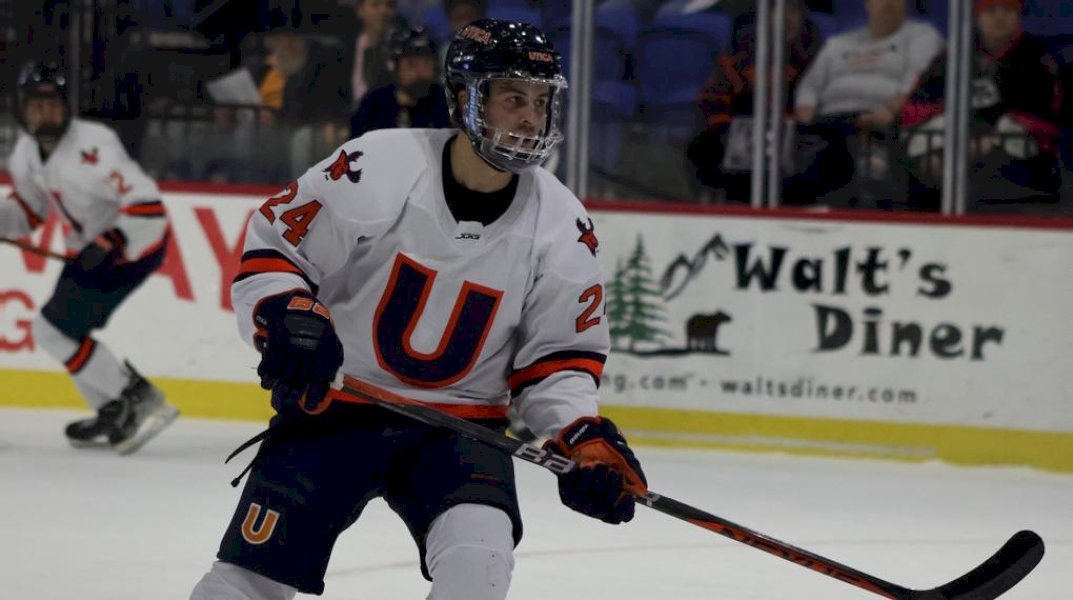 ROCHESTER, NY – Jakob Breault (Acton Vale, QC/Alaska-Fairbanks (NCAA DI)) of the Utica University men’s hockey team has been named UCHC Co-Player of the Week, as announced by the league on Monday.

Jakob Breault (Acton Vale, QC/Alaska-Fairbanks (NCAA DI)) accounted for nearly half of No. 2 Utica’s goals in the team’s weekend sweep of Manhattanville. Breault netted the game-winner in the third period of Utica’s 3-0 shutout win on Friday before recording three points in the team’s comeback 5-4 win on Saturday. In that game, Breault assisted on a second period goal that evened the game at 1-1 while going on to score himself in the second and third periods. His second period goal cut Utica’s deficit to 3-2 while his unassisted third period goal all but put the game away by giving the Pioneers a 5-3 lead. Over his two outings, Breault posted a .273 shot on goal percentage.

Breault and the Pioneers hit the ice again on Friday when the team hosts Neumann University on First Source Night. Puck drop from the Adirondack Bank Center at the Utica Memorial Auditorium is set for 7 p.m.