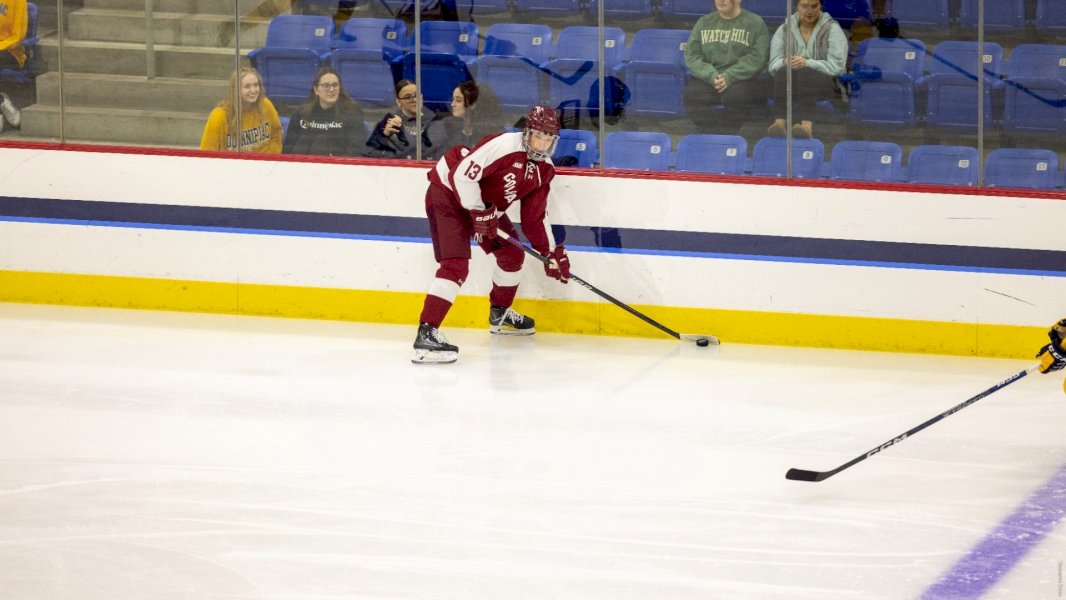 The Raiders netted two goals 1:15 seconds apart from each other in the second to take a 2-0 lead. Matt Verboon scored Colgate’s first goal with 13:12 remaining. Alex DiPaolo passed to Alex Young, who skated down the left side of the ice and played a pass to Verboon for a shot he tapped into the goal.

Alex Young quickly doubled Colgate’s lead on a power play after Quinnipiac got called for direct contact to the head. Nick Anderson played the puck to Young, who skated in and deked out the goalie before tapping a shot into the goal.

Quinnipiac got on the board at the 14:42 mark of the second period after Daniel Panetta and Pierson Brandon each got sent to the box, giving the Bobcats a five-on-three advantage. During the power play, Jake Johnson played the puck to Desi Burgart, who passed to Zach Metsa for a shot he slotted into the back of the net.

In the third, Quinnipiac tied the game up just over four minutes into the period. Tic-tac-toe passes led to an open shot for Colin Graf that he slotted home.

Colgate had another power play in the second and two in the third, but it could not capitalize.

The Bobcats’ final goal came 9:17 into the third when Graf passed to Ethan de Jong for a shot he finished off from close range.

The Raiders also went on the penalty kill for the first time with just under 14 and a half minutes remaining in the first after Sebastian Tamburro got called for slashing, and they successfully killed it.

Colgate fired 21 shots in the game compared to Quinnipiac’s 44. Carter Gylander made 26 saves in net for the Raiders.

“We talk about controlling our effort and our discipline every day. The effort was there and but we needed more discipline. We can’t put ourselves in situations like that, especially after the great start we had.”

The Raiders head to New Jersey Saturday as they close out their road trip with a 7 p.m. puck drop at Princeton.