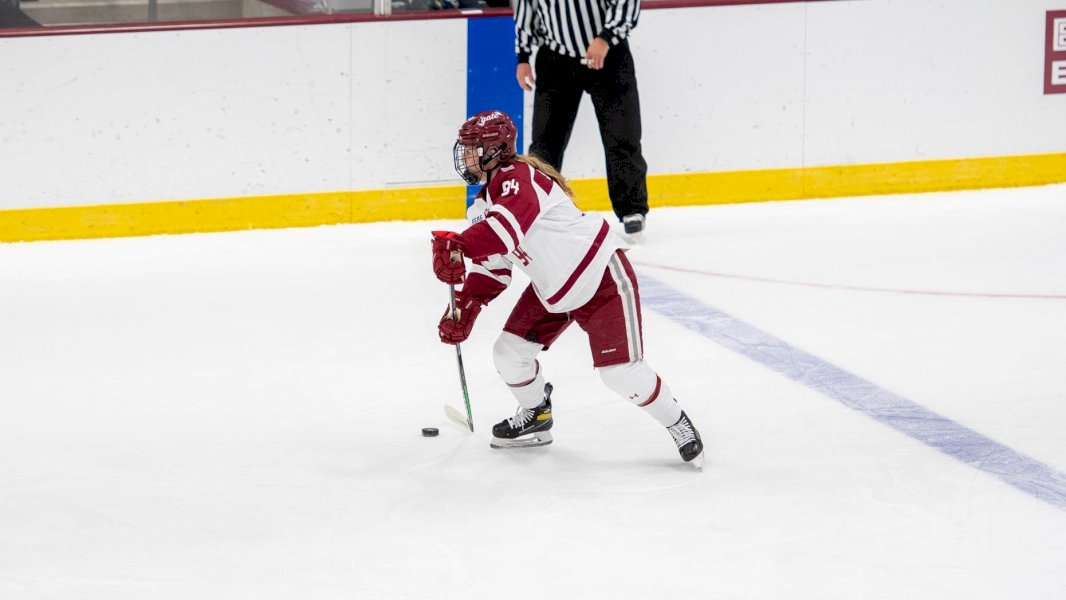 HAMILTON – A four-goal third period sealed the deal for the No. 4 Colgate women’s hockey team as they took down Mercy Hurst 5-2 on Friday evening in Class of 1965 Arena.

The Raiders had plenty of chances in the first period and with two minutes left in the period they finally prevailed off a goal from Malia Schneider.

Both teams remained scoreless in the second, despite Colgate outshooting the Lakers 15-6 in the period.

Just over a minute into the third Mercyhurst when Vanessa Upson fired one into the back of the net off a breakaway.

The Raiders used that as fuel as they went on to score three goals in less than three minutes.

It started with Kailtyn O’Donohoe firing a shot that was saved by the goalie but deflected right to Allyson Simpson who finished off the rebound to give Colgate a 2-1 lead.

Just 42 seconds later Maggie MacEachern’s wrist shot hit the host before going in to give the Raiders a two-goal advantage.

Less than two minutes later MacEachern struck again off pass from Neena Brick that led her to an open goal as Colgate took a 4-1 lead.

The Lakers cut the lead in half off a goal from Liliane Perreault with just over six minutes remaining.

Mercyhurst had several other chances to score in the period including three breakaways in which Kayle Osborne made big saves to prevent them from scoring.

Osborne had 19 saves on the night.

As a team, the Raiders outshot Mercyhurst 32-21. They also controlled the face off circle going 34-19.

“It was a good way to start the weekend. Mercyhurst is a team makes you earn it every time we play them. I liked a lot of our game tonight and we’re going to keep taking steps forward as we go forward. Tomorrow’s game is sure to be another good one.