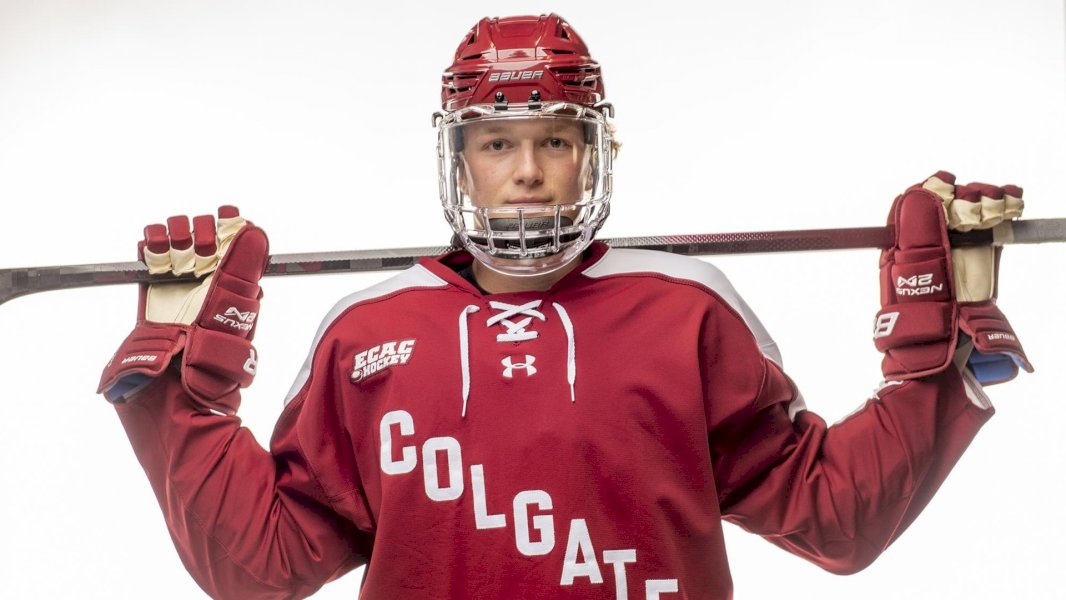 CLIFTON PARK, N.Y. – Tommy Bergsland of the Colgate men’s hockey team was named ECAC Hockey Rookie of the Week after helping the Raiders to two wins at Vermont last weekend.

Colgate is off to its best start since 2008 and Bergsland has played a key role in the Raiders’ 3-0-0 start with two assists in his first three collegiate games from the blue line.

Bergsland assisted on back-to-back goals during Colgate’s 5-3 victory at Vermont on Friday. His second assist of the night came on Colgate’s fourth goal in the second period, which proved to be an important tally after the Catamounts scored two in the third period.

The first-year defender finished with one blocked shot to help the Raiders hold Vermont to one goal in Saturday’s 2-1 triumph.

Colgate is 3-0 for the first time in 13 years and the Raiders are finally home to host Merrimack for a pair of games this weekend at the Class of 1965 Arena. Faceoff Friday night is 7 p.m.