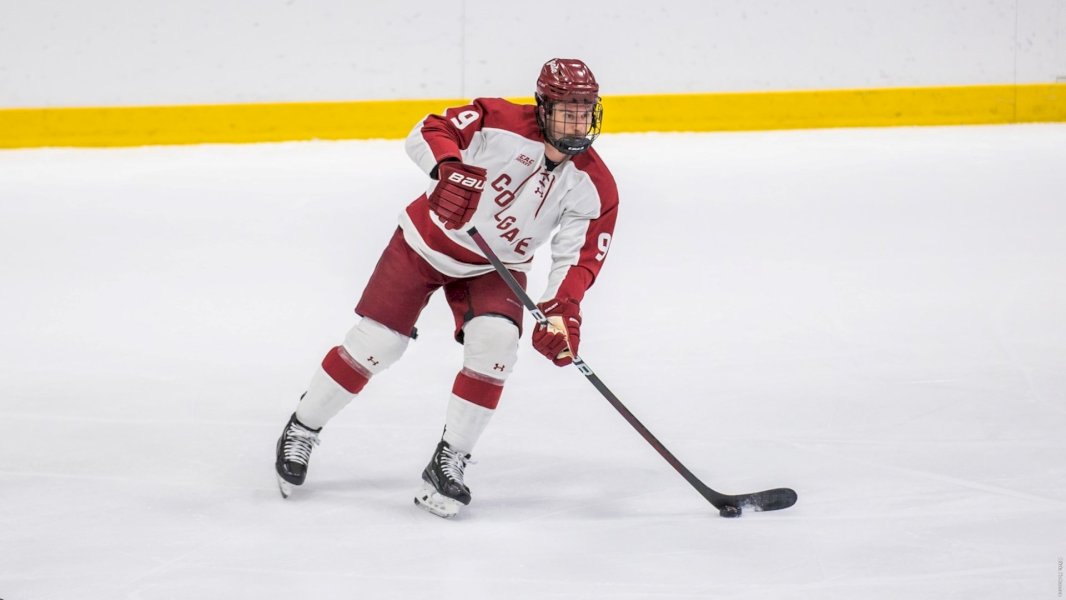 CLIFTON PARK, N.Y. — Colgate defenseman Nic Belpedio recorded four points in a pair of victories this past weekend as he was named ECAC Hockey Defender of the Week Monday.

Belpedio, who earned a weekly honor for the first time in his career, also logged a +4 rating and fired nine shots in the two games.

On Friday, the sophomore tallied two assists in a 3-2 overtime win against Brown. Belpedio provided helpers on the Raiders’ first two goals as Colgate rallied back to beat the Bears.

The Skokie, Ill. native found the back of the net twice Saturday in the Raiders’ 8-1 defeat of Yale. It was the first multi-goal game of his collegiate career. Belpedio scored 26 seconds into the game when he ripped a shot that hit off the post and into the goal. In the third, he made it an eight-goal game with ten and a half minutes left when he fired home a one-time shot on a power play.

Belpedio has nine points on the season, with four goals and five assists. Through 14 games, he has already tied his point total from last season.

Colgate has won three games in a row, and the Raiders now head to Niagara for a pair of non-conference contests. Puck drop against the Purple Eagles is at 3:30 p.m. both Friday and Saturday.