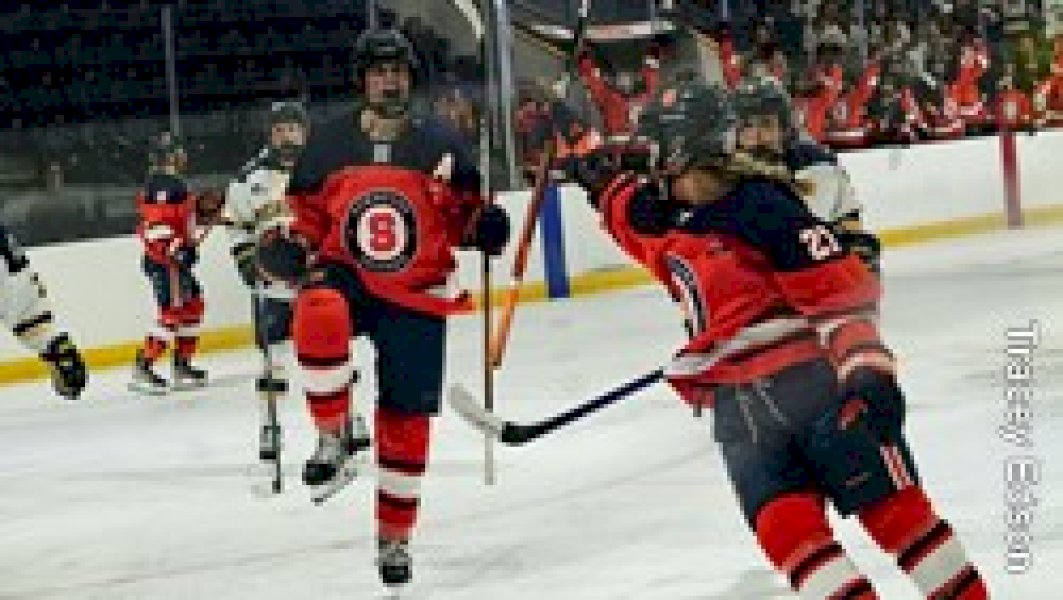 Syracuse earned a come-from-behind overtime victory at Merrimack on Friday. The Orange scored three unanswered goals to secure head coach Britni Smith‘s first career victory as a head coach in a 3-2 overtime thriller at Lawler Rink. Captain Lauren Bellefontaine netted the game-winner at the 2:47 mark in the extra period.

“I am really proud of the grit we showed to come back,” Smith said. “We stuck to the game plan that emphasized good habits and details in the game and believed in the process. It was good to see. The start was not what we wanted, but we fought through it. Our energy and attitude on the bench was important. Everyone was engaged for 60 minutes and overtime. That is what we needed to get the win.”

After Merrimack to an early two goal lead in the first five minutes of the game to hold a 2-0 advantage in the first intermission, Syracuse came back to tie the game in the second period. Junior Tatum White put Syracuse on the scoreboard with her eighth career goal at the 7:33 mark of the second. Senior Anna Leschyshyn tied the contest at two with her score with less than four minutes left in the second period on assists from Bellefontaine and senior Mae Batherson.

The Orange will play Merrimack in the second of the two-game series on Saturday, October 1 at 2 pm. The game will be streamed on ESPN+.