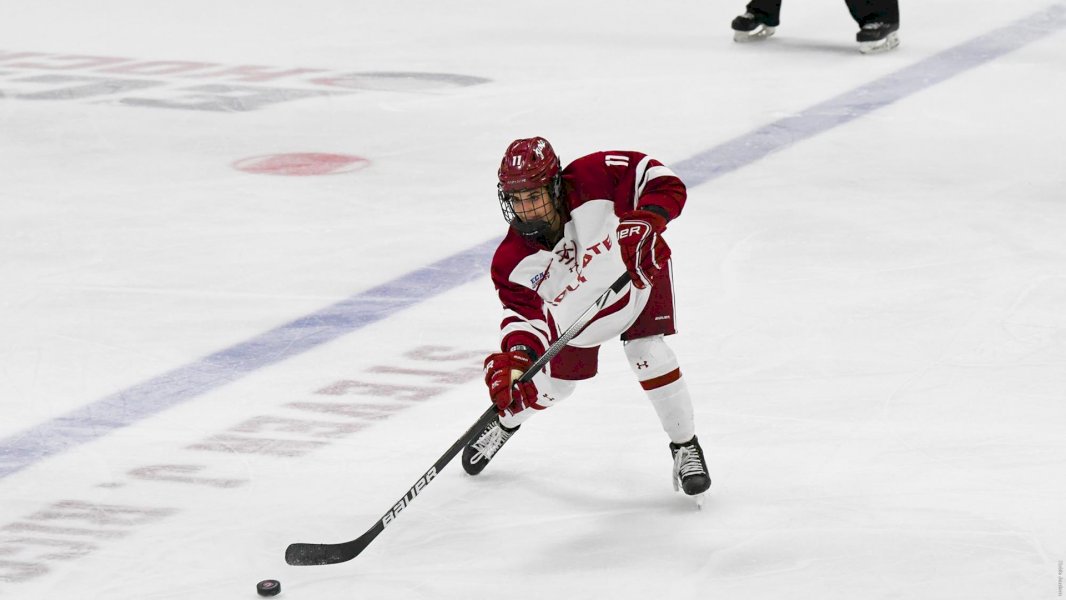 The junior tallied 26 points during the regular season, with four goals and 22 assists. Bard led all defenders and was 10th overall in the conference in assists, while her point total ranked tied for first among defenders. Additionally, Bard’s +21 rating on the ice was seventh-best overall and second among defenders in the league.

She also scored two game-winning goals, one against Vermont on Oct. 10 and the other against RPI on Feb. 12.

On the defensive side, Bard blocked 27 shots this season and helped Colgate post four shutouts.

This is the second conference honor of Bard’s career after she was named to the All-Rookie Team as a first-year in 2019-20.

The Raiders defeated Cornell 3-2 on Saturday to advance to the semifinals of the ECAC tournament. They will play on Friday against an opponent and at a site to be determined.