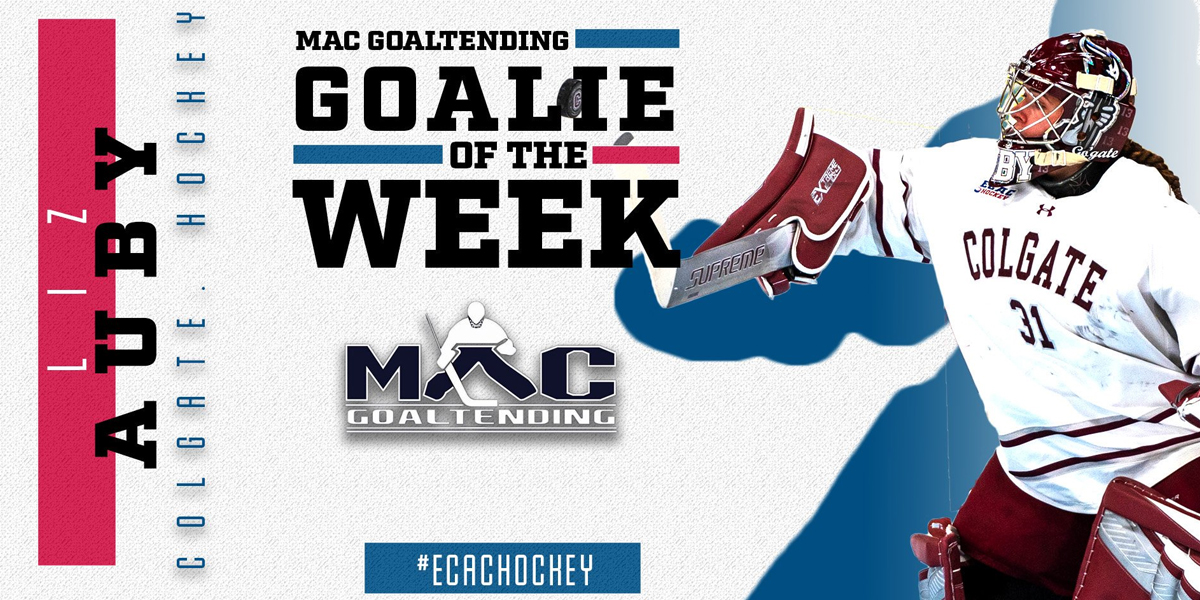 Colgate University Goaltender Liz Auby has been named ECAC Hockey Women’s Goalie of the Week. The 5’6″ senior led the Raiders to a 1-0-1 weekend against Mercyhurst stopping 51 of 55 shots along the way.

She finished the weekend with a 1.91 goals against average and .927 save percentage. Auby is tied for second in the country with 101 saves through the Raiders’ first five games. This is the fourth time she has earned this award in her career.