Home — NCAA DIII — DIII Women — After Losing to Potsdam At Home, The Mustangs Traveled to Canton & Picked Up A Win 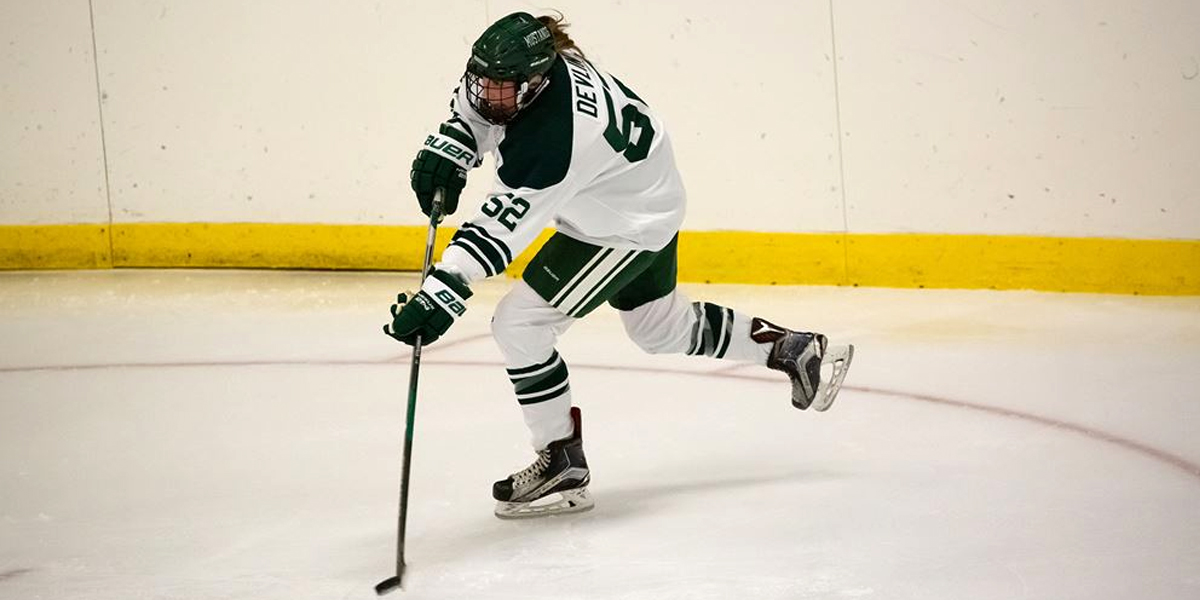 SUNY Potsdam scored three unanswered goals before Morrisville finally got on the board midway through the third period.

The top line carried the Mustangs once again in a 4-1 victory at SUNY Canton Saturday afternoon. Giannamore got the scoring started with a power-play goal at 10:42 of the second period. Lombardi and Chyne Kennedy assisted. Alana Palameta scored her first collegiate goal at 6:07 of the third to double the Mustangs lead.

Canton go on the board at 9:39 cutting the Mustangs lead to 2-1. Morrisville responded three minutes later when Madalyn Box picked up the first goal of her career. Assisting on the play were Kylie Cameron and Lombardi. Giannamore provided the insurance marker on a breakaway at 15:27 of the period. Tessa Dobson and Kennedy picked up the helpers. Harman made 17 saves to pick up the win in goal.

Morrisville will take a break from NEWHL play until mid-January and focus on their two non-conference opponents. Up first, rival Hamilton College on Tuesday at 1pm.