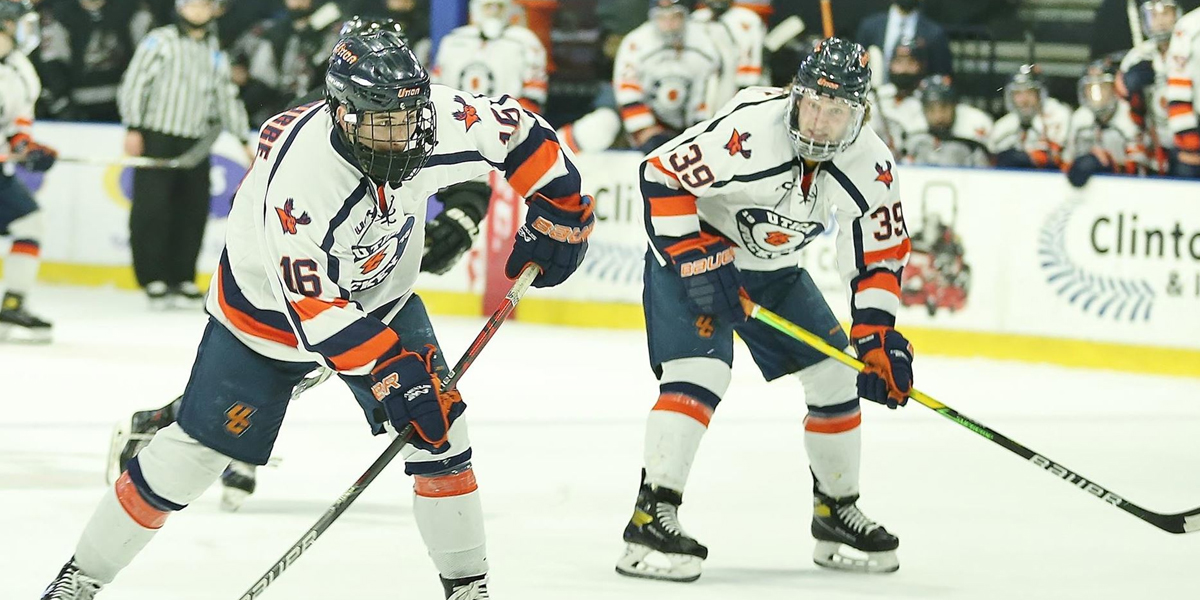 I am a huge fan of your program. It is fun to write the recaps of your games for 315 Hockey. However, I don’t have it in my heart to write the recap of Friday night’s UCHC Tournament semifinal game between you and Elmira. If people want to know what happened, they can go to ucpioneers.com to do that. I was one of those lucky 400 fans allowed into the Adirondack Bank Center that night. I’ve told everyone who asked me about the game (you have a lot of fans, by the way) and I’ve told them the same thing; you guys left it all on the ice that night. For that, I feel it is more appropriate to write a thank you for this season. In fact, there are many people I would like to thank for making this asterisked season happen.

First, I would like to thank President Laura Casamento and Athletic Director Dave Fontaine. Many colleges and universities did not allow teams to participate in interscholastic contests, but you did. It could not have been an easy decision to make, but you showed true leadership makes difficult decisions. Thank you.

Second, I would like to thank you UCHC’s and Empire 8’s administrative teams to allow the season to move forward and to livestream the events for free. You could have easily made a profit off of this pandemic, but you didn’t. And I can’t forget the on and off ice officials. I can’t imagine trying to break up a fight in the middle of a pandemic. Thank you.

Third, I would like to thank the staff at the Adirondack Bank Center. You kept the ice going (which in CNY is not an easy thing to do) and the facilities ready for the teams, mites to pros. You also processed a lot of documentation on Friday night. Thank you for being patient with those of us trying to find our ID’s. Also, I never thought I’d miss the nachos, but thank you for running the concession stand so I could satiate my craving.

Fourth, I’d like to thank the fans. As my hockey family grows, I am invited to join other teams’ social media accounts. Don’t worry, my heart is forever orange and blue. And I can’t believe some of the things these “fans” say about young men who accomplish great things on ice. I can honestly say I’ve never seen nor heard these horrible things directed at our team. All I ever see is, “GO UC!” and other positive messages. It’s no wonder we sit atop the DIII attendance records. When I heard the 400 tickets for Friday night’s game were sold out within two hours, my response was, “Duh.” So thank you for being awesome people.

Fifth, I would like to thank Ray Biggs and his SID teammates for bringing the game on our screens to life. As a teacher I know technology is the biggest work enemy in this pandemic and you worked out the problems and allowed us to cheer on our boys from wherever we were. Selfishly I want you to stay in Utica forever, but you’re too talented for our little pond. Thank you for all of the “off air” time and effort.

Sixth, I would like to thank Coach Gary Heenan for starting this program 20 years ago. You recruit and retain outstanding young men who give back to the community year after year. You are the reason why there are so many hockey nets in the driveways of our community. I know some of us would like to complain about a few broken windows and fence panels, but thank you for building a hockey community.

Finally, I’d like to thank the players. You didn’t have to return to play, but you did. Even when you knew you were going to be on one of the shortest rosters in the program’s history, you stepped up to fill in the gaps. You made so many sacrifices that many people your age (and older) couldn’t do. And when there were issues with games being postponed or cancelled, you showed up to the next game ready to play. To the freshmen: Jayson, Dylan, Blake, and Joey, thank you for coming to our little city. I can’t wait for you to experience thousands of stuffed animals being thrown at you next December. No YouTube video can capture the pure joy of it. You may want to Google Dominic the Donkey so you can sing along. To the sophomores: Jaxon, Brandon, Buster (Du är en son för mig), Joseph, Dante, John, and Brendan, I can’t wait to see how much you accomplish with this program. You know how you felt in March of 2020 and I know you want that feeling again. To the juniors: Cameron, Nick, Regen, and Sean. I hope you have an amazing senior year next year, so you can reach the NCAA tournament. And to the seniors: Brandon, Brett, Conor (you have the best Twitter handle ever), Jamie, and Vaden, I hope you take advantage of the extra year of eligibility so we can have a proper senior night celebration in front of 3,000+ with macrographs of your faces. You have made us so proud and thank you for the years of remarkable and record breaking hockey. The future is limitless. 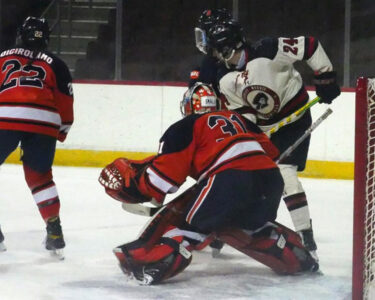