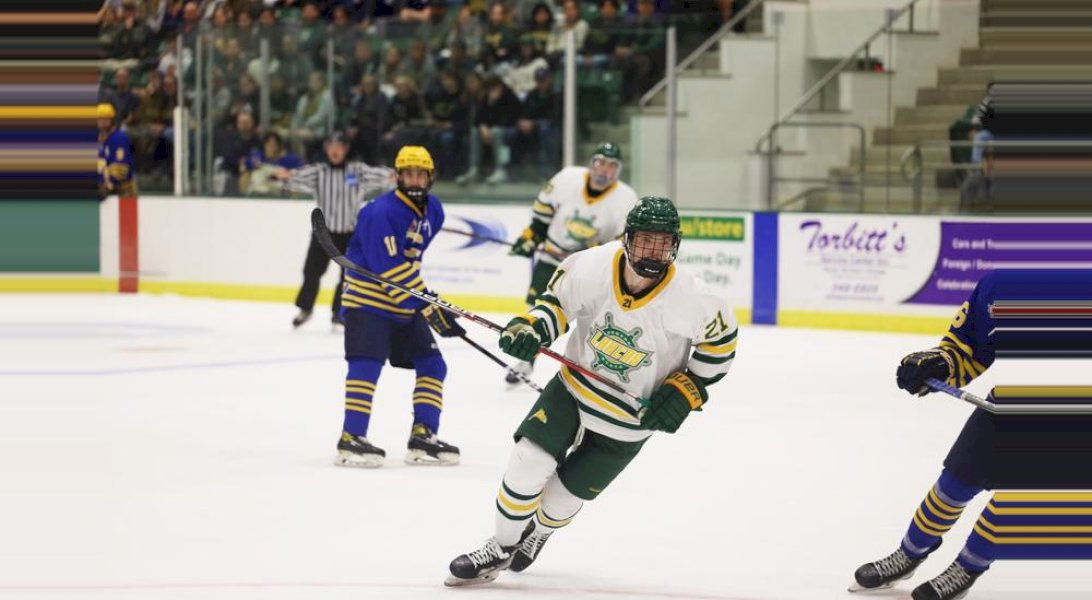 PLATTSBURGH, N.Y.  –  The Oswego State Men’s Ice Hockey team played the #13 ranked Plattsburgh Cardinals for the third time of the season this evening in hopes for a sweep, the Cardinals had other ideas, scoring six straight goals and earning the 6-1 victory over the #6 ranked Lakers.

In the third meeting of the Lakers and Cardinals this season the Lakers suffered a 6-1 loss.

Plattsburgh scored their first goal at the 5:27 mark of the first period.

The Cardinals added another goal in the first, with 7:57 remaining.

With no goals scored in the second period the Lakers looked to get things rolling in the final period, Plattsburgh had the same idea.

In the third period, the 13th ranked team in the nation scored three goals in just three minutes and seven seconds of the final period, putting them up by a score of 5-0 at that point.

The Cardinals fifth goal came on the powerplay.

13:32 into the third, Plattsburgh scored their sixth and final goal of the contest.

If anything came out of this game for the Lakers, they spoiled the shutout with just 4:04 remaining in the period off of the stick of Matt McQuade and the Lakers lone goal was assisted by Quinn Warmuth and Alex DiCarlo.

DiCarlo has three points in his last two games against Plattsburgh and Warmuth is riding a three-game point streak with a goal and three assists.

In 43:39 minutes played this evening, Cal Schell had 30 saves and allowed four goals.

Junior goalkeeper Richie Parent in 16:16 minutes played collected 18 saves and allowed two goals against, including one on the powerplay.

Oswego will take on the Bears of Potsdam for their third meeting of the season tomorrow evening, January 21st. Puck drop is set for 7PM.