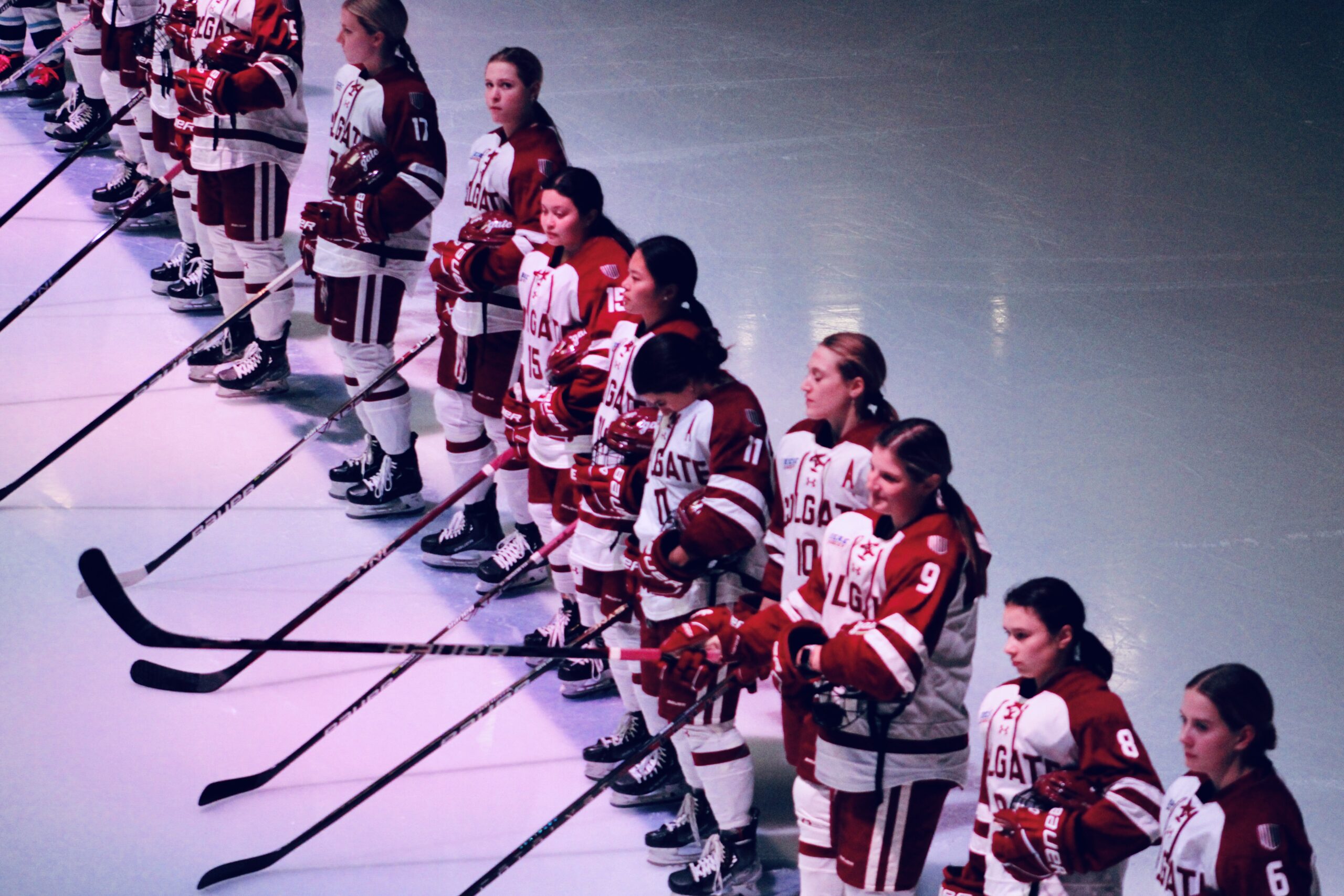 The sixth-ranked Colgate Raiders Women’s Hockey Team is back in action this weekend for a pair of games this weekend at the Class of 1965 Arena. While their counterparts on the Men’s team are traveling to RPI and Union for games on Friday and Saturday, the Women will be hosting RPI and Union. The game against RPI will be played on Friday night beginning at 6 pm EST and the contest against Union will start at 3 pm on Saturday.

These will be the Raider’s first games in nearly a month, as they are coming off of their end-of-the-semester break. Head Coach Greg Fargo’s team had a very impressive first half of the season, piling up fifteen wins with only two defeats and one tie. The two losses and the tie were to opponents currently ranked in the top five of the USCHO national poll. They lost to and also tied number one-ranked Ohio State, and were handed their only ECAC defeat of the season so far by the number four-ranked Quinnipiac Bobcats. All three of those games were played on the road, so the Raiders are still undefeated at home this season.

Seven of Colgate’s fifteen wins have been against nationally ranked opponents. This includes their last game before the break, as they defeated the third-ranked Yale Bulldogs on December 3rd.

The Raider’s success has been spurred by a high-powered offense and solid defense. Leading the way on offense is team captain Danielle Serdachny. The senior forward leads not only her team and the ECAC in points but also ranks third on the national points leaders list as well. Kalty Kaltounková is tied for the team lead in goals with Serdachny as each has twelve, while Sydney Bard (two goals and thirteen assists) and Allyson Simpson (one goal and twelve assists) lead the Raiders offense on the blue line.

Colgate also has a solid goaltending tandem as well. Junior goaltender Kayle Osborne and sophomore netminder Hannah Murphy have combined for five shutouts and have been near the top of the major national goaltending categories all season.

Their opponents this weekend are both ECAC rivals. The RPI Engineers have struggled so far this season, as they have an overall record of 5-14-1. One bright spot for the Engineers has been the play of goaltender Amanda Rampado. Despite being the goaltender of record in all nineteen of RPI’s games this season, she has a GAA of 2.29, a save percentage of 0.918 and a sparkling four shutouts.

Saturday afternoon’s opponent, the Union Dutchwomen have had more success than the Engineers, as they are one game over 0.500 with a record of 10-9-1. The success of the Dutchwomen has been driven by their special teams’ play, as they ranked ninth overall in Division I on the power play and fifteenth in the nation on the penalty kill. On offense, they are led by Riley Walsh and Emily King. Walsh is ranked sixth in all of Division I in game-winning goals, and three of King’s eight goals have been game-winners as well. Walsh and King also bring some grit to their game, as they are ranked number one and two in the ECAC in penalties taken (Walsh also leads in penalty minutes at 31:00). In fact, five of the top ten on the ECAC penalties taken list play for Union.

With valuable ECAC standings points on the line, let’s take a look at how the Colgate Raiders match up against the RPI Engineers and Union Dutchwomen.

Television coverage for both games will be on ESPN+. For more information about Colgate Raiders hockey, including schedules and statistics, visit https://colgateathletics.com.