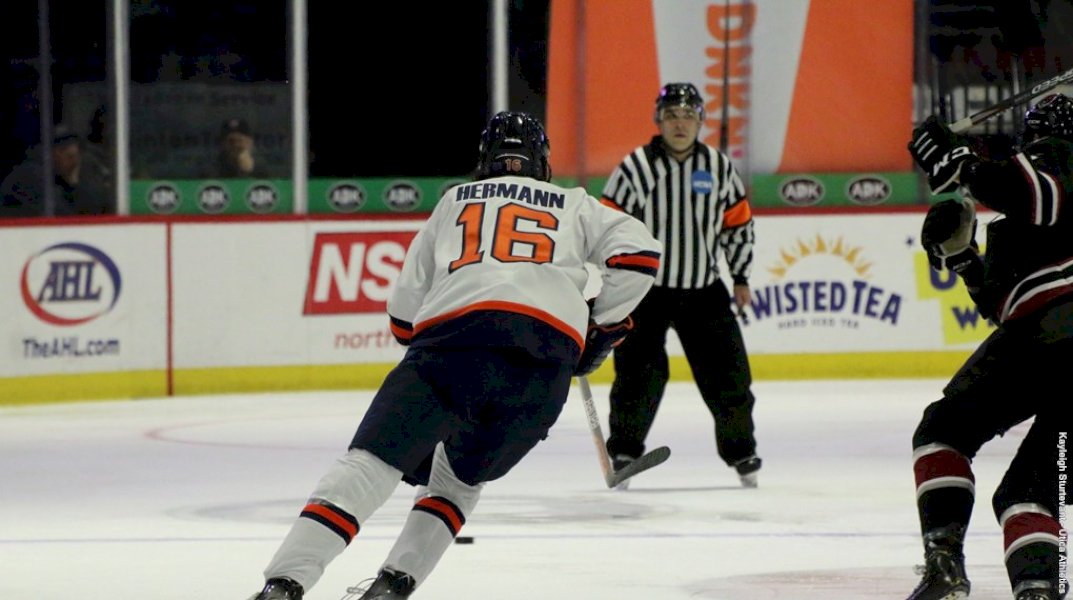 UTICA, NY – The Utica University men’s ice hockey team was tested early, but lived up to expectations in the final 40 minutes to score a preseason victory. Facing an early 2-0 deficit, the Pioneers overhauled that differential with an eight goal surge to dispose of visiting Potsdam by an 8-2 score at the Adirondack Bank Center.

The Pioneers decisively out-shot the visitors 57-14 over the course of the contest. The power play unit exploded for six goals on the night and piled up sixteen shots on goal with the man advantage.

COMETS TAKEN DOWN IN PROVIDENCE SATURDAY