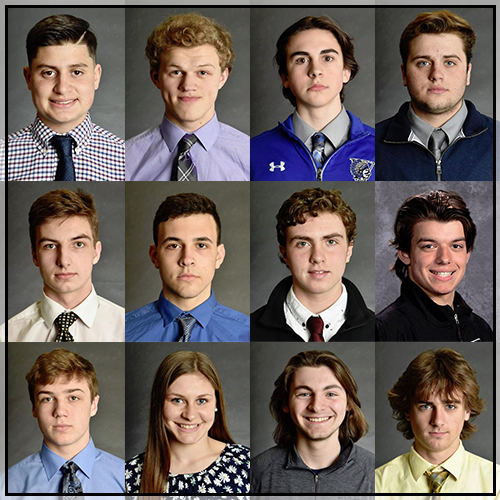 Senior Elsenbeck lead the Warriors in goals this season with 10. His 18 points put him in second place on the team behind Nolan Provost. Elsenbeck got off to a hot start with a three point game against Christian Brothers Academy in the first game of the season. He recorded five more multi-point games throughout the course of the year.

Femia put up 16 points in 11 games for Clinton this season including 2 goals and 1 assist in a 6-3 win over Liverpool on January 18th. The Junior finished off the regular season with back-to-back 2 point games against Oswego and Mohawk Valley.

Melie is a Sophomore defenseman who finished tied for second on the team in points with 18. His 12 goals and 10 assists almost doubled his 10 point output from a season ago. Melie had two 3 point games this season. The next closest defenseman was Nicholas Frank who recorded 5 points.

Provost led the team with 19 points this season which included 9 goals and 10 assists. 9 of those points came in three different 3 point games during the season. Provost is a Junior and now has 27 career points.

Lopata led the Lady Warriors with 14 points this season. Her 9 goals was a team high. Lopata ended the season with three multi-point games. She recorded 2 assists on January 18th against Alexandria Bay in the regular season finale. On February 2nd she scored a hat-trick versus Ithaca in the Section Semifinal before scoring 2 more in Section Final loss to Skaneateles. Lopata graduates in 2021 and has already committed to play hockey for NCAA Division I Quinnipiac.

Junior Tyler Penree led the Spartans with 16 points this season. The four year varsity player has amassed 20 goals and 35 assists in 34 career games.

The second year varsity player doubled his production from a year ago. Eychner put up 13 goals and 16 assists for 29 points, good enough for third on the team. Eychner had two 4-point games, two 3-point games, and four 2-point games this season.

Leading the Black Knights in scoring this season was senior Daniel Mecca. He finished the season with a team leading 19 goals and 35 points. Mecca recorded two 5-point games to go along with his one 4-point game, three 3-point games, and five 2-point games.

The Warriors top goal scorer netted 20 goals and 6 assists to finish third on the team with 26 points. Hadasz opened his Senior season with 4 goals and 1 assist in a 12-0 walloping of Mohawk Valley on November 24th, his best outing of the year. He had seven more multi-point games throughout the year.

Finishing the season with 15 points didn’t get Manley on this list it was his excellent defense. Manley spent time on both special teams units and was an integral part of the Warriors blue line all season. His 12 assists and 15 points led all defenseman.

Senior forward Andrew Maycock finished his high school career by leading his team with 34 points, 15 more than he recorded one year ago. He recorded a point in all but three of the Warriors games this season. Out of those 17 games he had two or more points in nine of them.

Finishing right behind Maycock was linemate Noah Scranton with 33 points. His 21 assists led the team. Luckily for the Warriors Scranton is only a Sophomore and should have two years of high school hockey left to improve on those numbers even more. 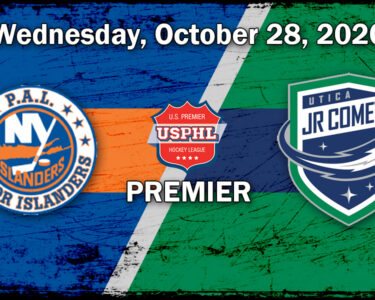